A selection of articles from our RHS Journalism class. 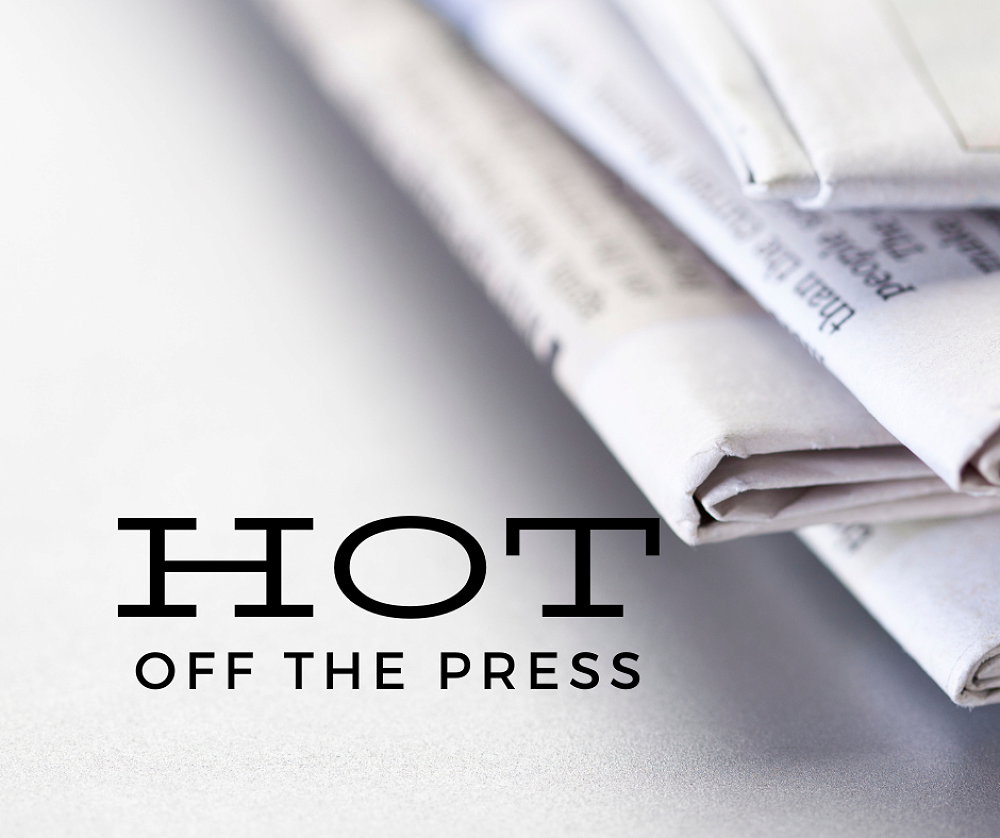 This month we have three articles from our Journalism class for your reading pleasure.

On the 15th of September 2022, a group of Riccarton High school students arranged a protest in order to help bring justice for the five girls in the Jayden Meyer case. The protest took place in Christchurch Cathedral Square from 4:30pm to 5.00pm. Marching with a giant crowd comprised of a mix of students and adults, we hope that our combined voices have been heard, in an effort to bring awareness to what many see as a corrupt justice system.

In July 2022, teen rapist Jayden Desmond Meyer was sentenced to 9 months of home detention after sexually assaulting five underage girls. Jayden Meyer, now 18, was charged after multiple police complaints by young women in the Bay of Plenty who alleged sexual violence across 2020 and 2021. An investigation followed, resulting in 10 charges including 4 counts of sexual assault, 4 counts of sexual violence, and 2 of committing an indecent act. After the five victims of Jayden Meyer spoke out about what they went through, Meyer’s mother threatened the girls, knowing that their families were not in the best financial position and were barely able to afford therapy for their daughters after the incident happened.

As journalism students, we took this opportunity to interview protesters to get their opinion on how they now viewed the NZ justice system at the conclusion of the Jayden Meyer case. We interviewed separate groups of protesters with a diverse range of ages, giving them the chance to have their say. The groups we interviewed said they felt disgusted and revolted about finding out that his punishment was just 9 months of at-home detention. When asked how they felt about the punishment and crime that took place, one of the groups said “It was proof that the system isn’t operating correctly.” A lot of the interviewees said the justice system was corrupt and they were disappointed. Many of them spoke about how they feel that New Zealand’s justice system is following the steps of the American justice system with its apparent biases.

When asked ‘What do you think Jaden Meyer’s sentence should be?’ interviewees' answers ranged from saying Jayden should get a minimum of 5 years in prison,10 years in prison, or life in prison. Looking into the options available to the court we found that 1 case of sexual assault can get a person up to 20 years in prison (in New Zealand), but Jayden Meyer was only given 9 months on at-home-detention, no prison whatsoever, which every person we interviewed said was ‘disappointing’ and ‘not a punishment but a holiday'. Several media outlets, social media accounts and other protesters have also spoken about how this sentence isn’t going to teach anyone a lesson and is not a punishment in any way. Many protesters also said that this is the reason why many victims of sexual assault are afraid to speak out about what they have gone through because there is a very strong chance that they will be silenced and not receive the justice they deserve.

By joining the protest and conducting these interviews, the Riccarton High School Journalism and Organising Committee hope that not only will our efforts go towards the victims of this crime receiving justice, but also that these interviews will highlight what the public thinks about the NZ justice system and how it is failing us.

Written by Nats, Emily and Kavi

Students from the journalism class of 2022 investigated how people view our school's canteen. This is our findings.

The canteen ladies gave us some information regarding the food and what they do with it. As well as what it’s like working there and the conditions they face during different seasons and weather. Students have also provided some insight into what they think about the food and what should change.

Numerous Year 9-12 students around the school shared their opinions on how they felt about the canteen. 48.5% of students stated that the food was expensive and that they wanted to see lower prices. The school's canteen ladies have stated that they don’t personally price the food, the company they work for does, and considering the fact that food prices have risen quite substantially over the years, so have the prices in the canteen. If they don’t raise prices they won’t make any profit off of their sales. They believe the students don’t understand how reasonable the prices actually are and explained how they need to make a profit of 60%. Their budget is a certain percentage of their costs (around 40% of what they make).

Students also said the canteen building should be updated. Most said that they wanted a nicer and more spacious place.  They also wanted more shelter for keeping out of the hot sun and rainy days. Some students recommended a space to eat inside.

The majority of students gave the food good reviews although felt they need a bit more variety. Many suggested savoury, sweeter, cultural and less oily food. Some common food requests included: sushi, bulgogi, kebab, miso soup, naan bread, stir fry, fried rice, Korean corn dogs, tacos, instant noodles, fruit and meat pies, pizza, fries (not wedges), and fried chicken, with some beverages such as boba and smoothies. Students also shared comments about the overall canteen. “The pasta needs to be changed, it's dry,” Joe (Year 10). “I like that the canteen ladies remember regular customers,” Ruby (Year 9). “The food is overpriced but yummy,” (Ilaisa. Year 10). “The prices are a little extravagant but understandable,” Leah (Year 12). “The canteen ladies are nice and friendly,” Seth (Year 10).

A few students also recommended how the canteen should be decorated for a specific season or holiday. e.g, when it's Christmas they could have a Christmas tree up or have lights around the canteen, on Valentines they could have love hearts on the walls to make it more festive, etc. Abbie and Errolyn said they haven’t been informed if there will be a new canteen in the redevelopment but hoped that there would be.

Due to health and safety, they are required to throw away leftover food. The request to give it to homeless people was denied. They both agree that they deserve a better facility due to the hot weather during summer and the cold in winter. They would like to see better manners from the students.

We have all been getting used to this COVID-19 thing for a long time now. Everyone has adapted to the new rules set in place. One of the most substantial changes has definitely been mask-wearing. After many months the restrictions have lifted and now we are all getting used to breathing fresh air again! We decided to conduct some interviews because getting peoples’ opinions and points of view is very important for things like this.

As well as interviewing Riccarton High students we also interviewed teachers and librarians, each with their thoughts on masks. We gathered a lot of information and there is plenty of positive feedback about the new changes.

So how do people actually feel? Well, from every single interview, no one had anything negative to say. Interestingly, the vast majority of interviewees stated that they do not have any opinion on masks and didn't mind either way. There was, however, a great number of people who said how they were enjoying no longer having to wear a mask. So with that, we concluded that nearly all feedback from the people we interviewed was positive, which is good considering decisions made by the government would probably be based on the best interest of the people in New Zealand.

Something that was noticed is that some people have based their decision on whether or not they wear a mask on the well-being of their peers, family and colleagues. This is very understandable as like it has been said before, it’s important to take into account the best interest of people around us. The data gathered shows us that while most haven’t been influenced, there are a handful of people heavily influenced by the people in their family and work.

Overall, there will always be mixed opinions but everyone we interviewed agreed on one thing. COVID-19 is a part of our lives now and will continue to be, but we should always do what is best for our health and those around us including wearing a mask if required.

At Riccarton High school, the Year 13 students graduate early in December and are currently on study leave from November 4. The Year 13’s shared some of their best and worst moments with us.

During their 5 years of learning at RHS, the Year 13’s enjoyed their time and had great experiences and made memories that still stay with them through life. The majority of the Year 13’s agreed that RHS Gala Day was one of the most enjoyable events that they’ve experienced in their time here and many were disappointed that it was cancelled this year due to the COVID-19 restrictions.

A stand-out memory for many Year 13 students was the lockdown that occurred during the Mosque terror attack that took place in March 2019. Our current Year 13's were much younger Year 11 students back then and this day still holds vivid memories and painful  emotions for many.

There are mixed feelings about the NCEA exams; some are overjoyed to have no external exams while others are not looking forward to them. Most Year 13’s feel glad about leaving high school and can't wait to begin a new chapter in their life.

Our Year 13's agreed that their favourite spot in school is always where they spend their time with their friends. Like the outside gardener’s shed, peerswick room, art room, photography class, cooking room and international peer support room (ips).

Interestingly it seems the majority of the Year 13 students are taking a gap year to continue their part-time work or are choosing to take a vacation break to alleviate the stress that they have experienced for the past 5 years of high school. After a gap year, a few interviewees are going to study at university. There was a wide range of future plans mentioned including a course in tourism hospitality and a police course, with some hoping to major in courses like occupational therapy and geographical science.

We wish our Year 13 Leavers all the best for their future.