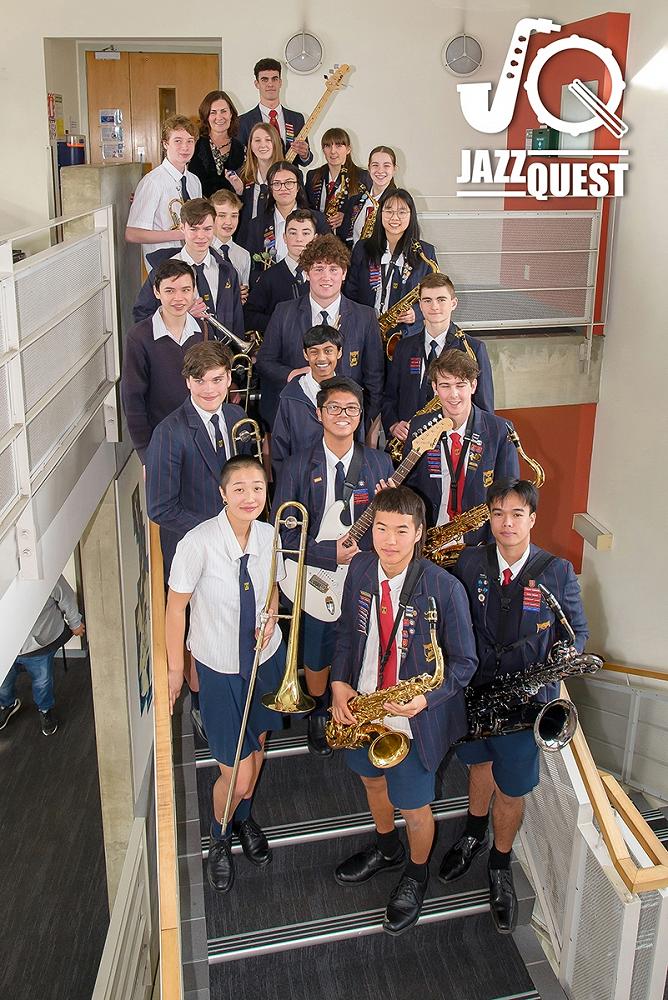 The annual school Jazz Quest competition took place in early August and I was delighted to be able to enter the Jazz Band again this year, for what is now our 5th year in a row.

Jazz Quest is a competition where every band plays 4 -5 charts including a swing number.

I was really pleased with our chosen repertoire this year and felt we delivered a strong, confident performance. We were able to feature key players in the band such as Asher, Jay, Carmen and Tina with extensive improvised solo sections, all of which were commented upon favourably by the adjudicator Glenn McDonald from the NZ Army Band.

Our rhythm section played exceptionally well and it was exciting to showcase Kiera on vocals and include Sylvie on vibes. All in all we produced a stellar performance and were awarded a High Silver for our efforts.