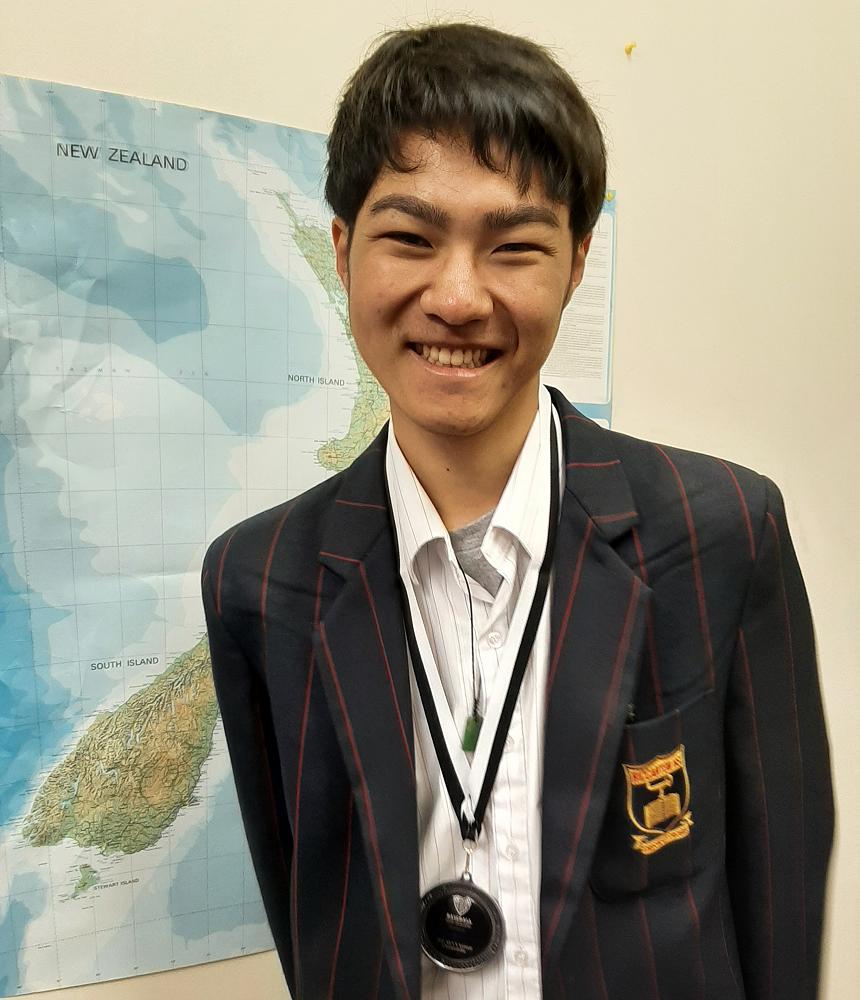 Our reduced international cohort is humming along nicely this term.

We miss the business that larger international student numbers bring in regular years, but certainly a plus side to 2021 is that we have even closer relationships with our returning international students. All of whom are by now confident members of the school and its wider community.

Two of our students, Takuto Hosoda and Satoshi Mori, have been making their mark on the New Zealand baseball scene over the Easter weekend.

Satoshi (pictured here), competed in Baseball New Zealand’s National Championships after being drafted to represent North Shore City. His team came in silver medalists in the Men’s division. Takuto Hosoda, who has long been involved with baseball in New Zealand, has been busy umpiring for national tournaments around the country after gaining his Level One Umpiring Certificate last year.

Takuto has been dedicated to the sport of baseball for many years now and is well-respected among his peers. We are very proud of Takuto and Satoshi’s achievements.

Another international student, Brian Lee, was recognised as an “Inspiring Leader” at the Academic Award and Leadership Recognition Ceremony on April 8th.

Brian received this award alongside his International Peer Support Co-Leader, Cassie Zhang. Kapai to both students for doing an incredible job so far this year.